TimeStory 2.8 has been released, with a couple of key new features, a handful of fixes, and a ton of behind-the-scenes improvements.

When styling a document, you now have a new option for its background color: “Use System Theme”.

Normally, TimeStory formats all dates, weekday names, and month names using your system’s current language and region settings from System Preferences, and updates your timeline’s display when you change them.

But sometimes you’re preparing a timeline for another audience, and want it to use their conventions, without adjusting your system settings. This is now easily done, on a per-document basis: 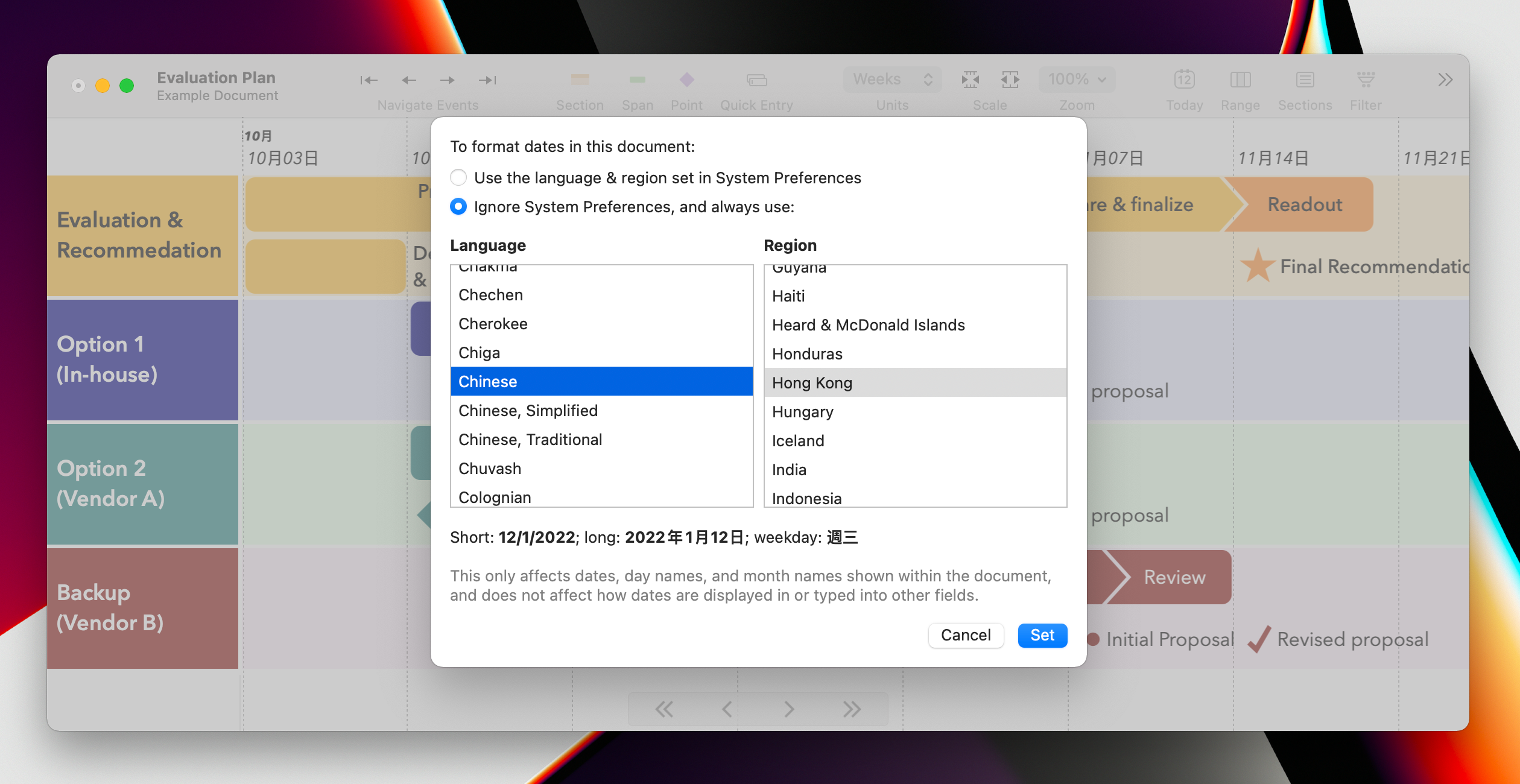 If you choose a language on this dialog, that’s how your document will be formatted on screen or in PDF/PNG exports. This is independent from other documents, or from your system settings, and is saved within the document itself.

Fixes and other changes