You can now import any number of events from comma-separated value files, which can be produced by Excel or any number of other tools, including other project management and time planning software.

A CSV file is just a text file, containing one table, each row of which is on another line, with comma-separated values. (TimeStory also supports a variant of this, where values are separated by a tab instead of a comma, often called tab-separated values; other than the separator, these files behave the same.)

Importing a CSV file adds any events found to your current TimeStory document. Start this process by selecting the Import Events from CSV option under the Insert menu. After picking the file to import, TimeStory lets you extract event titles, dates, and sections from the fields, and control import. More info available in TimeStory’s built-in Help. 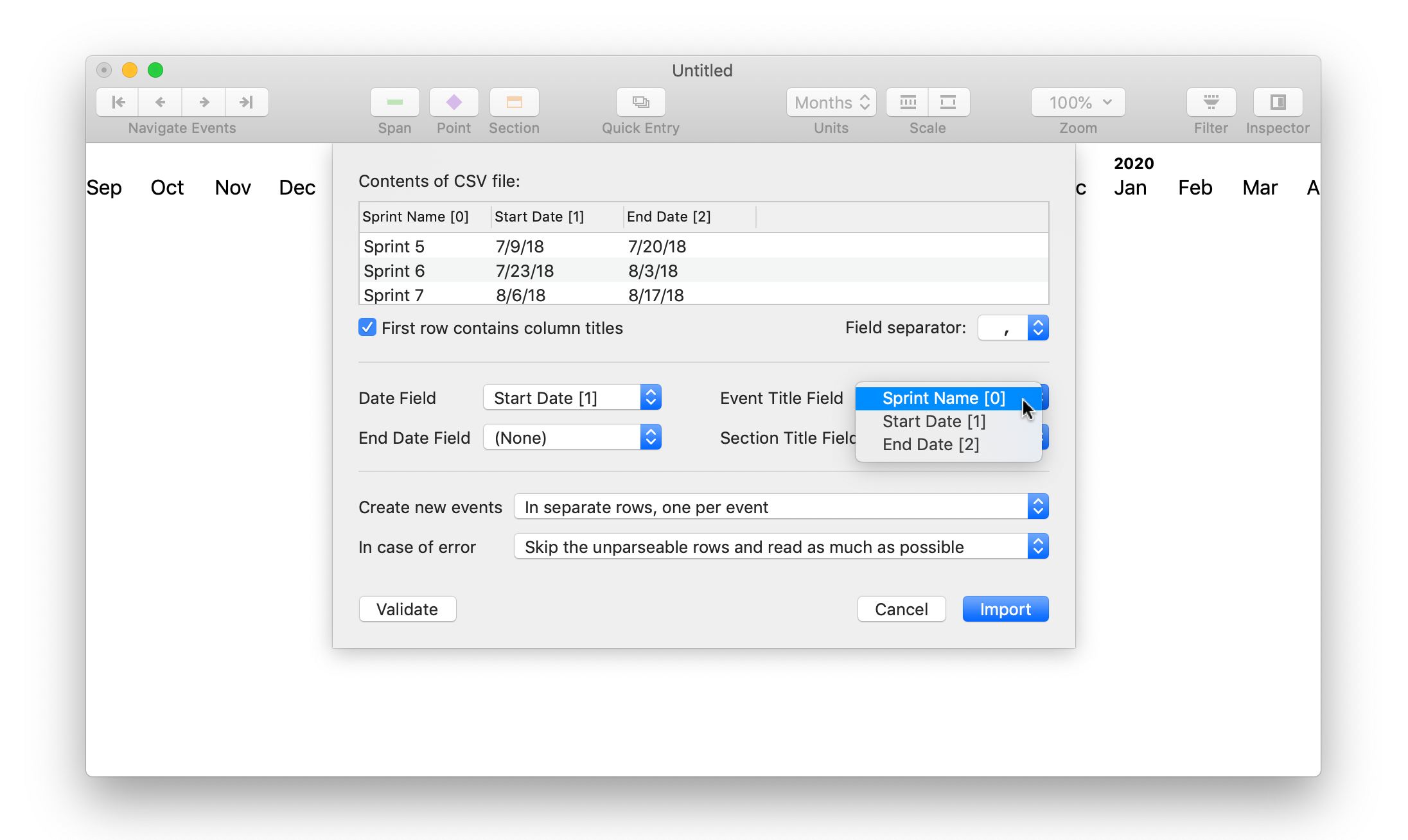 TimeStory 1.0 only supported macOS Mojave, the newest version as of its release. TimeStory 1.1 adds support for the prior version of macOS, High Sierra, for users who may not yet have updated to Mojave. There are no feature differences, other than Mojave-specific things like Dark Mode support.

The built-in example documents now include a new imaginary product development and launch plan, to show off the kind of high-level product planning that TimeStory was built to support. (This plan is purely fictional; any resemblance to any real project plans, current or historical, is unintentional and coincidental.) 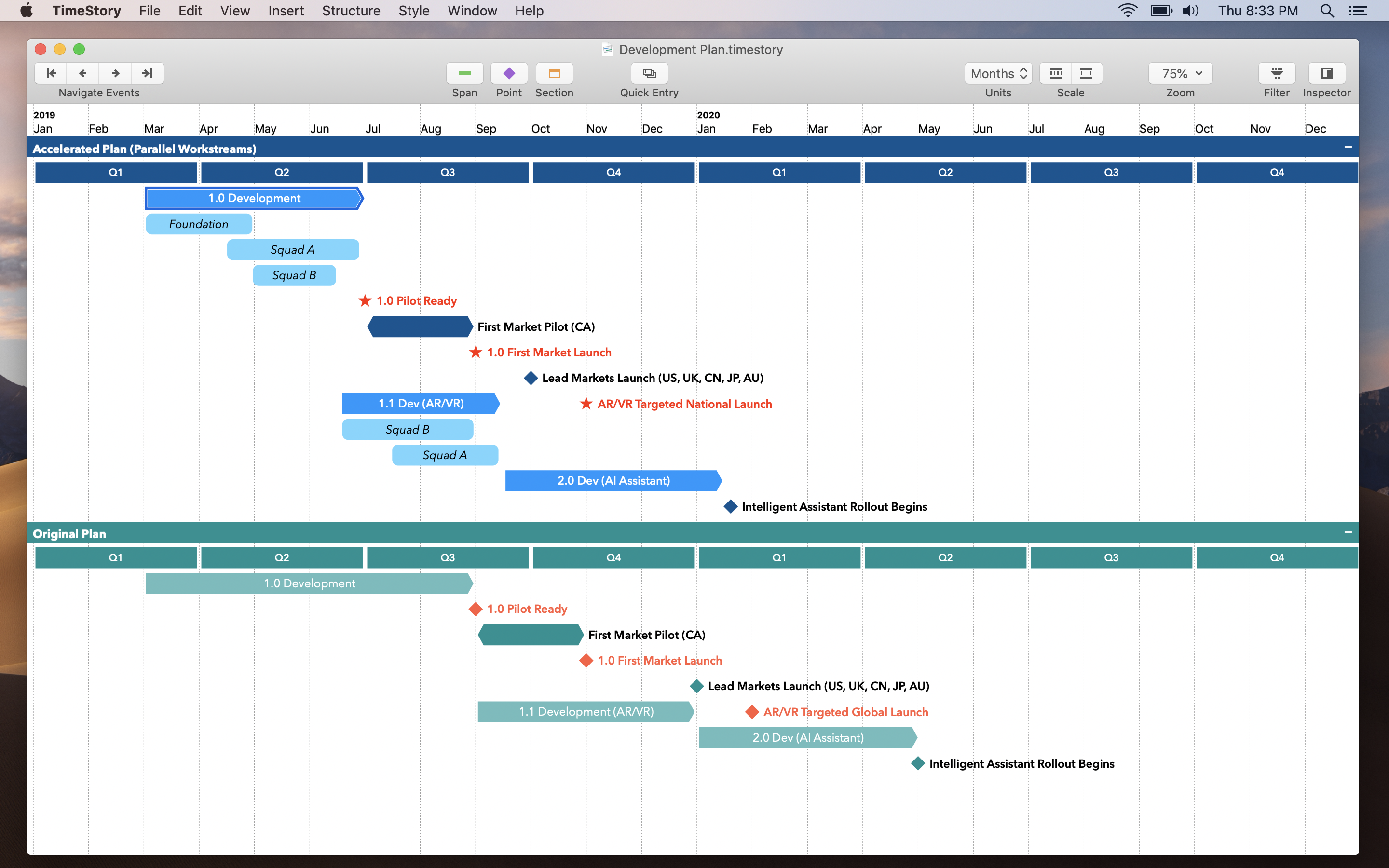 You can now select multiple events and drag them around as a group, instead of being limited to one at a time. In 1.0, there were also some bugs in how events dealt with being moved by the mouse or the cursor keys, which are now fixed.